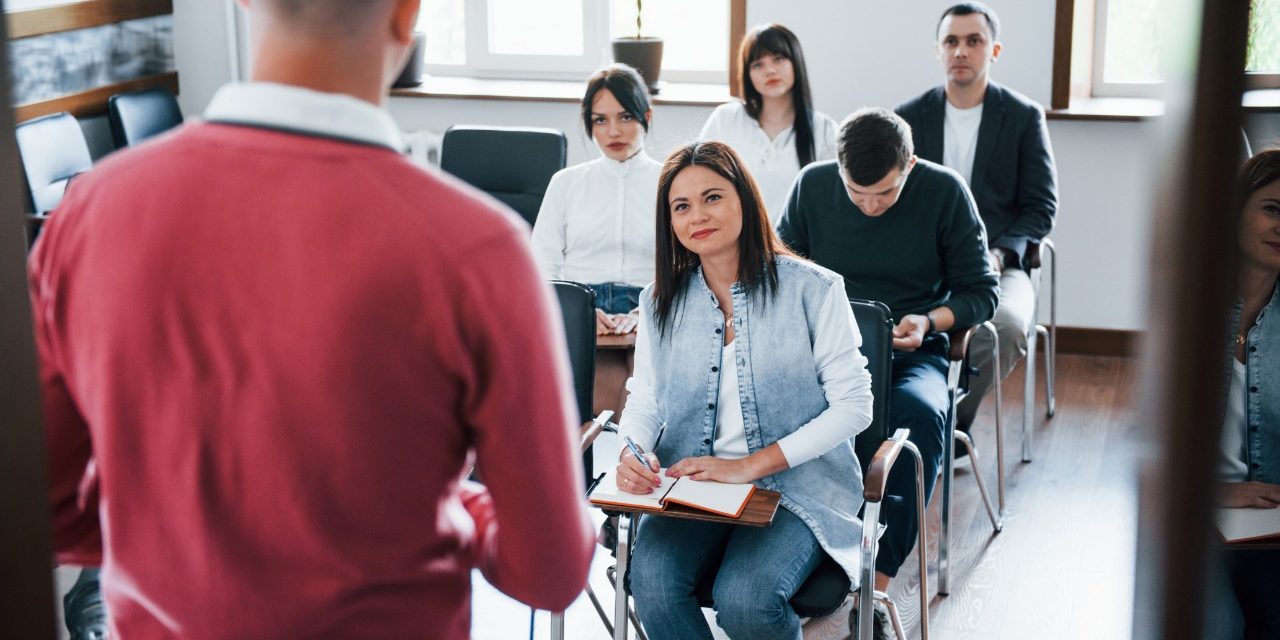 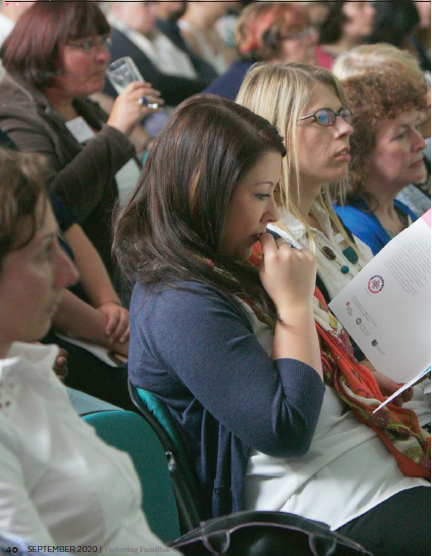 Care Experienced Training
At Section 31 Training and Consultancy we provide “feelings focussed” training. We want to stop children being moved from home to home by standing as an advocate for the “naughty kids”, promote a new perspective of care and give a new, deeper level of understanding. We are passionate and professional trainers with a range of experiences, and our goal is to promote the importance of stability and consistency in care.

We provide a wide range of training sessions to foster carers and social workers. Our focus is on the inner child- the feelings and thoughts that drive children’s actions throughout their care journey. Sometimes it’s easy for
care givers and providers to overlook the emotional impact of the decisions they make, instead just seeing
the external shells of those around them and reacting accordingly. Therefore, we carry a blame free ethos.

We provide an extensive insight into the mindset of those who have grown up in care. Our founder Scott is an experienced care leaver, and we continuously consult with children in care to ensure we are championing current issues. We teach people how to feel and empathise, using real stories and real experiences of care.

Social care staff receive training throughout their career and they have heard many harrowing stories about what children have had to endure. However, this doesn’t always change their actions because they do not feel the effects of their daily decisions on the children in their care. We can see this because regardless of how the care system has improved over the years, poor decisions are still being made and the care system remains, in the child’s eyes, very much like a conveyer belt. Children are moved from home to home and by the time they have left care many of them have moved twenty times or more.

This issue remains current, but what is the cause of this is? Placements often break down when children are viewed as being “too naughty”. Their behaviours drive carers to give up and they are moved along, one out, one in. We believe this is unintentional, indirect emotional abuse. When they leave care they are left to fend for themselves, in low cost housing with nothing. Is that not neglect? The care system often systematically abuses children over the course of their time spent in care.

So does this mean the care system is full of bad people? No, we believe that people focus their efforts on the shell of the child rather than caring for the inner child. People look at what children do wrong and penalise them for it. Caregivers are good people with good intentions, but their focus is often in the wrong place.

Caregivers and social care staff often fail to understand that these children want unconditional love and a sense of belonging. It is the fear of being rejected that causes them to express challenging behaviours, which conflicts with their internal needs and often confuses caregivers. 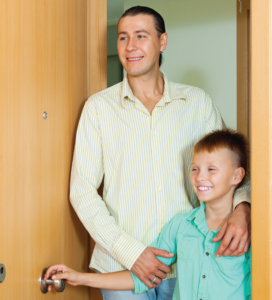 Scott King – Our founder Scott King brings uniqueness to the company as he lived the entirety of his youth in care. However, his experience wasn’t exactly great. He lived in twenty-three foster homes, two children’s homes, three supported lodgings placements, two hostels, two B&B’s, and four flats. In total he had thirty-six addresses.

For him, life in care was an emotional rollercoaster and a battle with his inner-self. He did not achieve any real academic success during his teens and his behaviour was always very challenging. As he matured he began to understand his “inner-self” – in other words the powerful emotions that controlled him and prevented him from developing and moving forwards. He began to reason with his conscience and become self-aware. He understood why he felt this way when he was a child and linked that to how he was feeling as an adult. This self-awareness allowed him to realise that throughout his life he was a puppet. He reacted this way because he had a deep subconscious mistrust of the world around him and thought that the people close to him would let him down.

He realised that his brain was hard-wired to expect the worst, leading him into situations where the worst was all he could expect. He understood that he used to attack his foster carers because he was starting to like them and his conscience had learned that attachment goes like this:

As a child he did not understand this. He just felt anger and didn’t know why. He felt the need to hurt people, but when he was questioned he didn’t know what he was feeling. He realised that just as emotions were the puppeteer of his own childhood actions, those same emotions became the puppeteer of his adult life. He also saw adults working with people like the child he used to be, dancing to the same tune and tangled up by the same strings. Now he can recognise the impact of his past without being a victim of it. He can share his experiences without blame or judgement to help adults make better carers for today’s angry and scared children.

Section 31 Training has been running for over eight years now, and over 500 face to face courses have been delivered. In order to reach a wider audience we have begun to move some courses online. Our first course “Growing Up In Care: Lived Experience” is now available online.

Thank you to all the commenters on the World Fostering Organisation Facebook page for recommending books you think foster carers might want to consider. 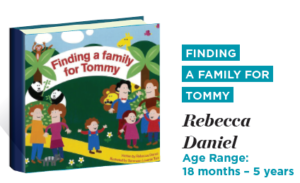 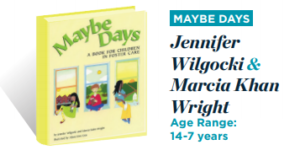 Tommy needs a new family to give him lots and lots of love. Where will he find one? On a farm? In the pond? At the zoo? Open the flaps in this charming picture book to help him find out!

Finding a Family for Tommy is primarily aimed at pre-school children. The simple picture book with repetitive text and interactive pages gives carers and social workers an opportunity to discuss the meaning of family and belonging.

Repetition is the best form of learning for this age group and the gentle nature of the story should encourage children to ask for it often without being overwhelmed by it.

The book can be read in preparation for a move from foster care and during introductions to permanent carers or adopters. Children can struggle to articulate the complex emotions that arise during times of change, and very young children may not even be able to acknowledge their anxieties. This book can help to reassure them at every stage of the transition.

Carers can use it to discuss why the child needs a new family and what kind of families there are. The book is also designed to be used post-adoption to remind children that they were chosen for a family, and that their family was specially chosen for them.

This book will gradually introduce children to the concepts of adoption and fostering. However, it has been mainly devised as a tool to help carers raise emotional issues and to give children opportunities to ask questions and seek answers.

FOR MANY children in foster care, the answer to many questions is often “maybe”.

Maybe Days is a straightforward look at the issues of foster care, the questions that children ask, and the feelings that they confront. A primer for children going into foster care, the book also explains in children’s terms the responsibilities of everyone involved – parents, social workers, lawyers and judges. As for the children themselves, their job is to be a kid – and there’s no maybe about that. 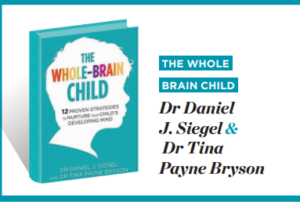 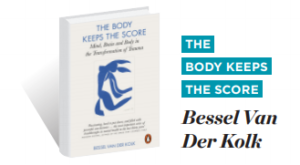 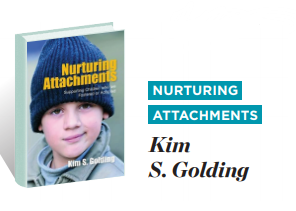 ‘Dr. Van Der Kolk’s masterpiece combines the boundless curiosity of the scientist, the erudition of the scholar, and the passion of the truth teller’ Judith Herman, author of Trauma and Recovery.

The effects of trauma can be devastating for sufferers, their families and future generations. Here one of the world’s experts on traumatic stress offers a bold new paradigm for treatment, moving away from standard talking and drug therapies and towards an alternative approach that heals mind, brain and body.

‘Van der Kolk draws on thirty years of experience to argue powerfully that trauma is one of the West’s most urgent public health issues … Packed with science and human stories’ New Scientist Nurturing Attachments combines the experience and wisdom of parents and carers with that of professionals to provide support and practical guidance for foster and adoptive parents looking after children with insecure attachment relationships.

It gives an overview of attachment theory and a step-by-step model of parenting which provides the reader with a tried-and-tested framework for developing resilience and emotional growth. Featuring throughout are the stories of Catherine, Zoe, Marcus and Luke, four fictional children in foster care or adoptive homes, who are used to illustrate the ideas and strategies described. The book offers sound advice and provides exercises for parents and their children, as well as useful tools that supervising social workers can use both in individual support of carers as well as in training exercises.

This is an essential guide for adoptive and foster parents, professionals including health and social care practitioners, clinical psychologists, child care professionals, and lecturers and students in this field. 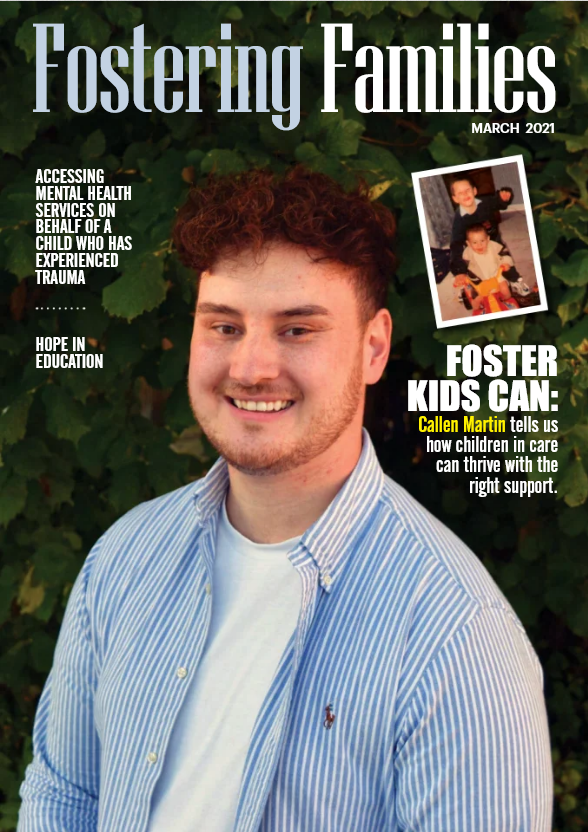